Latin Music Megastar Ozuna, winner of multiple music awards, including two Latin Grammys, makes appearance in first animated feature Tom and Jerry feature film. Ozuna, a big fan of the duo duo, has arrived on the set of Warner Bros. Studios. from Leavesden, in the summer of 2019, wearing a Tom & Jerry t-shirt before dressing up to film his scene under the direction of Tim Story.

Growing up watching the famous cat and mouse rivals on television, the artist jumped at the opportunity to do a small part of the film and is now even happier to share his passion for these characters with his two children. . “It’s something incredible for me, a great opportunity. I grew up with Tom & Jerry and have always loved watching them. Their show was always fun and always made me feel good, being in the movie reminds me of that time. It’s great as anyone can enjoy it. Ozuna said when asked about his participation in the film. 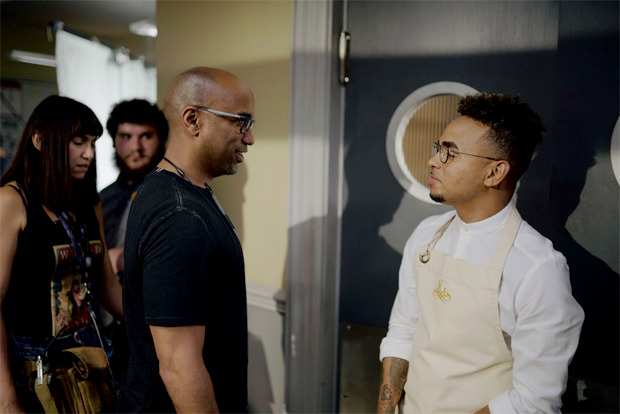 One of history’s most beloved rivalries is rekindled when Jerry moves into New York’s finest hotel on the eve of the ‘wedding of the century’, forcing the desperate event organizer to hire Tom to get rid of of him, in director Tim Story’s film. Tom and Jerry. The ensuing cat and mouse battle threatens to destroy his career, the marriage, and possibly the hotel itself. But soon an even bigger problem arises: A devilishly ambitious staff member is conspiring against the three of them. A mind-boggling blend of classic animation and live action, Tom and Jerry’s new big-screen adventure opens up new horizons for iconic characters and requires them to do the unthinkable… work together to save the day.